Last week a French girlfriend was staying with me. She lives in London and we speak English and French together. Handy if you do not know a word.

The first day I showed her our water works, because I live in Almere, in the Flevopolder. The last landscaped polder in the Netherlands. We visited in Lelystad Haven sluices, where you can see how deep the polder lies relative to the IJsselmeer. Then the pumping station close to the houses where the workers lived who built the dikes. Impressed she was and loved it and about the skies she could not stop talking. Monet also was fascinated about our skies and painted here, I said. Then we went shopping in Batavia City, we watched the ship under construction at the shipyard and the 17th century ship lying there. Then we drove along the dike Lelystad to Enkhuizen. Very special, both sides water: The Markermeer and the IJsselmeer. 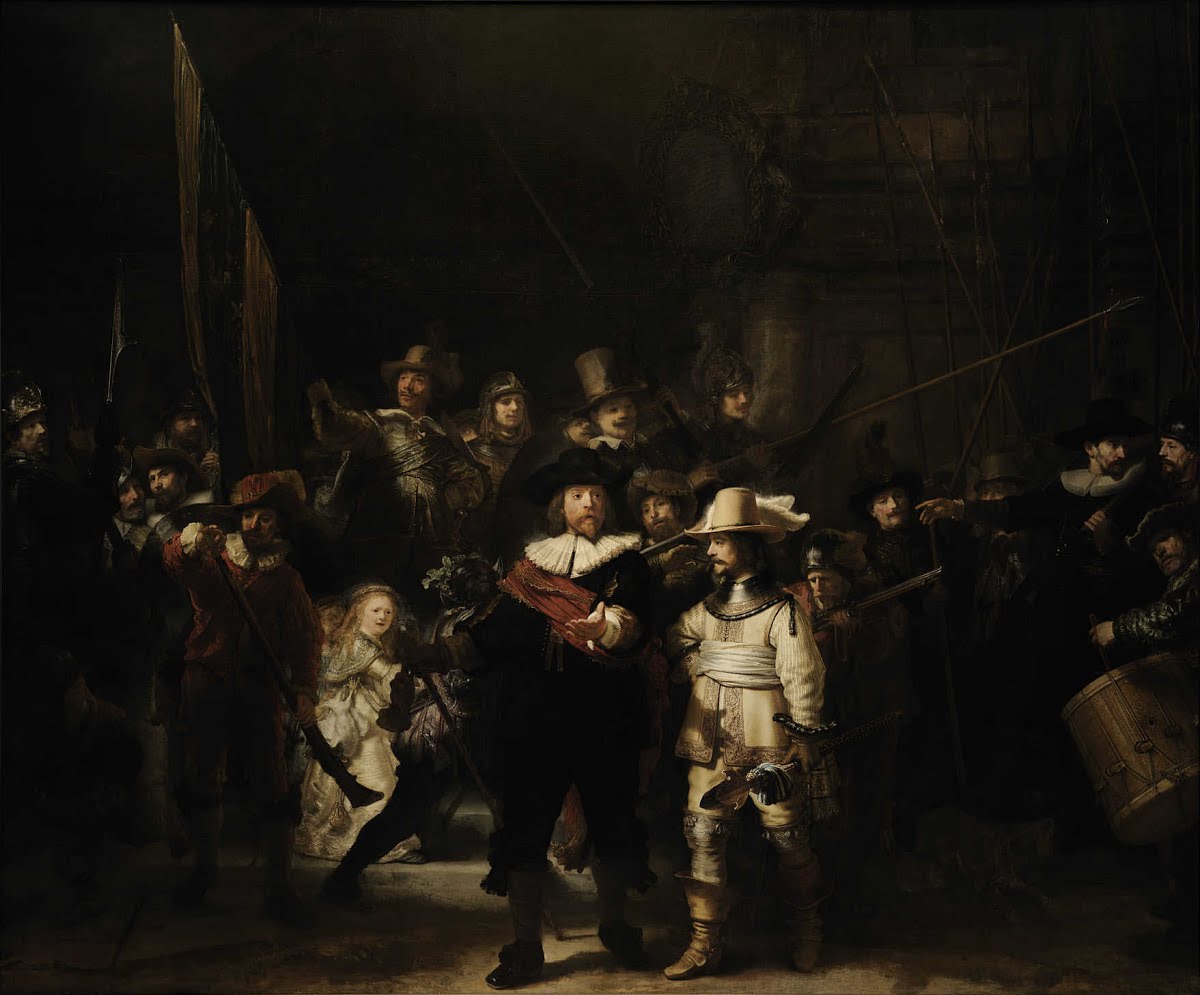 Of course she wanted to see the National Museum with the Nightwatch and of course Amsterdam, we did this the 2nd day. By train to Amsterdam Central Station, then the city. Walking to the Rijksmuseum, because that’s very doable. You can immediately go shopping via Damrak, Kalverstraat, Leidsestraat, Leidseplein, PC Hooftstraat. And viewing facades and canals.
The 3rd day was for Almere. We visited the Theatre and the Art Line (now KAV!?!), A project, cost € 80 million, of the Japanese architectural firm SANAA, with the much-discussed work by Taiwanese artist Michael Lin of 25×25 m on the wall next to the main hall.

The new director was kind enough to open the theater for us so my girlfriend could see the interior. I had already told her that everything is gray and I did not go there because it’s like a crematorium for me. A theater must have red chairs. With purple in all that gray I could live, but not with gray chairs. My friend let slip out of her mouth that she was totally depressed by the interior. This was hard for him, I could tell from his facial expression. The director went and explained to us how we could leave the room again if we had seen it all. The artwork of Michael Lin (cost € 425,000, -) reminded me of a Vlisco fabric from the time I was a fashion designer. I proved to be right. Lin saw the design on a canvas of the company Vlisco Helmond that was designed by Jos Reniers and he decided to copy it. “So it is stolen,” said Reniers. Some time later he was indicted by the designer at Vlisco this design for plagiarism. Reiniers his name is now displayed next to the name of Lin. Moreover, Lin has not painted it himself on the wall, but this has been carried out by others. After that I showed her the New Library.

This is a building in my heart. I like coming here, it’s something homely and with great allure. At the entrance a piano that everyone can play, a theatre, anywhere cozy seating areas, each with a different patterned carpet, computers, many youth and students. After that we watched the town hall, architect Cees Dam, both inside and outside and of course shopped again in the shopping centre (architect Teun Koolhaas).
The 4th day was for Amsterdam. The National Maritime Museum is now on the program. The VOC ship Amsterdam and the Royal Sloop are the big attractions. But also the building and everything about the shipping and ports to IJmuiden are interesting.
The 5th day we went to the market in Almere and then inserted some rest because the next day she would go back to London again.
She is a big fan of my paintings. Regularly we have spoken about my paintings and exhibitions, but also about what I experienced. And it is not for the first time people tell me to write .a book about my life. Objections as it takes so much time, or that a ghostwriter would come in handy, do not help. So I’m going to try it.